Last Known Member of the Abraham Lincoln Brigade – who died February 28th, 2016 at the activist age of 100.

*please try to invite NEW people who might not know about: the Spanish Civil War (1936-39), the 40,000 members of the International Brigades, or the nearly 3,000 Americans who fought in the Lincoln Brigade.

OAKLAND, CA — The rains poured down on us and the winds howled as we made our way to the Niebyl-Proctor Community Library last Saturday to honor our history.

This year’s celebration would be a roundtable discussion of the presidential election and its significance to our future as a people. Like most events, the organizers watched nervously through the windows to see who may be joining us.

In the kitchen, chickens were frying, corn soup was heating up and barbequed organic sausages were simmering in the oven. Oh my Lord, we sure like to cook! Tables were set with our traditional red, black and green colors. Soulful rhythms filled the air and for that moment all was right with the world.

A few people arrived and then the door blew open wide! Like a gust of wind, young people entered with their children and babies in tow. Quite magically in an instant we had the roundtable fully assembled.

The first hour was spent eating and socializing. Then it was time to begin the discussion. Everyone, including children ranging in ages from 11 months to 19, remained at the table.  I supposed some of us thought the children might not stay put, but they did.

Lyndsey Ellis, from the We Tell Our Stories Film Collective, chaired the gathering. Her first question:  “Who do you like best between Bernie and Hillary and why?”

Amazingly the young children’s hands went up first. Lil Antoine – nine years of age – blurted out, “Hillary…because my grandpa likes her and he says she’s the best and I believe my grandpa.” Then he gave the two thumbs up.

Nineteen year old college student Kwame Lewis also spoke in favor of Hillary. “Hillary has the big support and the big dollars, so I figure she can’t be beat. Also she’s a woman, and women want their turn in the White House.”

However, some of the young adults were of a different mind. They felt that Bernie, out of all of the candidates, spoke to our issues. Toussaint Stewart, who teaches in the public schools, said that Hillary has too much big money baggage. “How can she truly represent us when she is so tied to Wall Street?” He also spoke about her role in the welfare reform act of the 1990s that put poor people, especially women and people of color, off welfare rolls. “This deepened the poverty that already existed.”

There were those who were not sure who they would support. Symone Bradley, 13 years of age, articulated her point of view very well. “I believe that people need to do their research about the candidates before they decide.  Too many people just listen to the news, but don’t read to get the truth about these people and who is behind them. I have not yet decided, and maybe I am guilty of being a little lazy about all of this myself. But what I do believe is that Donald Trump won’t have a chance if people do their homework.”

Brotha Val Serrant, a world famous steel drum musician, had a different take. He said, “I believe the presidential election is a farce. Democrats and Republicans are two sides of the same coin. We need to focus on the local elections where we can have some impact on what is going on right here in Oakland.”

From that point on the discussion got a little heated. Sistah Fischer, a retired educator, and Shannon, a student of Chinese medicine, both spoke passionately about the need for more resources in the black community. The need for good paying union jobs and great schools to prepare our next generation were highlighted. Racial discrimination in hiring also came to the forefront. “Even when more jobs are created, we – black folks – are last to be hired, if hired at all,” I said vehemently.

As master of ceremonies, I expounded on the notion by some folks that the vote is a waste: “If our vote is worthless, why are they working overtime to suppress it?”

I underscored the need for us to use the power of the vote along with other organizing tools in our communities: “We have to use the vote, because it can be a deciding factor in electing someone who will stand with us, helping to unleash some of the much needed resources that our communities desperately need.”

There was consensus among most in attendance that having Bernie or Hillary become president is our best shot.

At the end of the roundtable discussion, Lil Antoine helped bring the meeting to a close by asking people to give a thumb vote for their favorite candidate. Thumbs up for Hillary, thumbs to the side for Bernie and thumbs down against Trump.

The vote was pretty much split, but for Trump it was all thumbs down!

Thanks to your continuing generosity, 2015 has been a year of new achievements for the Niebyl-Proctor Marxist Library. Now we need your help again, to continue NPML’s progress.

The library’s collection of important books and papers is being re-catalogued, with holdings to be listed online.

And, NPML’s importance as a cultural center continues to grow, with dance and musical groups finding the library a great place for their activities.

NPML hosts We Tell Our Stories, a grassroots film collective preparing a documentary about the intersection of ordinary people and community activism. We co-sponsor annual celebrations of African American History, and participate in 100,000 Poets for Change, a worldwide movement of poets and other artists.

New this year: open-houses at Thanksgiving and Christmas, to help homeless Oaklanders with food and clothing.

If you’ve been by 6501 Telegraph Ave. lately, you’re seeing a physical transformation to match the growing programs, with the interior newly painted and decorated, new projector and sound equipment, and some much needed repairs.

In case you haven’t had a chance to see the changes, here are some photos for you to enjoy.

All this is possible because you and others like you have been very generous.

Your continuing donations are very important to our continued progress – and, they are tax deductible!

Please make, or resume, your monthly pledge to NPML.

Or send us a one-time donation at the address above.

All of us at NPML extend warm season’s greetings, and heartfelt appreciation for your support!

With many thanks, The NPML Board of Directors and volunteer collective 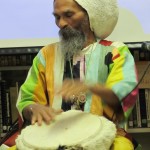 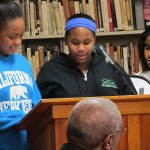 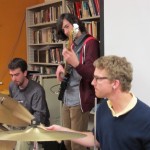 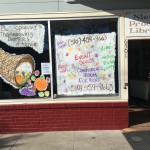 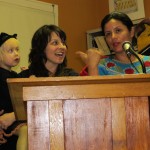 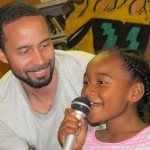 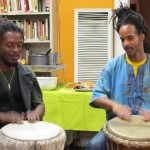 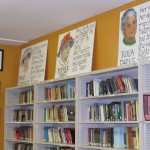